Pogonophobia. It's real, it's nefarious, and if some fringe extremist publications have their way, it will silently spread into the recesses of your mind. Gizmodo, we expected more from you. Incendiary headlines like "Scientific Proof That Women Hate Beards" do not dam the tide of discrimination any more than they can the facial follicles. 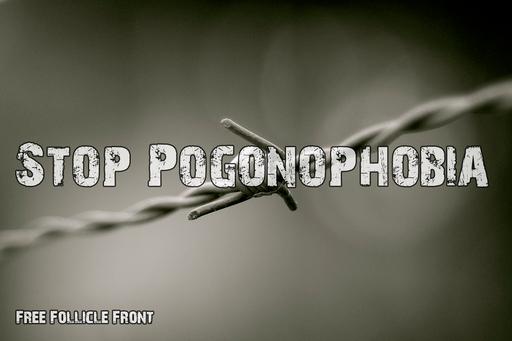 Further, claiming that results from a sample size so small are "conclusive" is statistical poppycock. Let's take the Dixson-Vasey study to its logical conclusion. If 200 male politicians were to state on the record that they were more attracted to 19 photos of their own wives vs. 19 photos of other women(or men for that matter), would you believe the population at large would agree with their findings? No. Because what someone says on the record is quite different from what they're really* in to. This is basic Participant Bias, not the stuff of hard science.

Let's burn away the fog of shaven misdirection and get to the heart of the matter: Pogonophobia. Whether it come from the ivory towers of the educational elite, or the filthy corners of the barber's floor, hate speech and discrimination against sweet beards should not be tolerated. That's why the CHoP is releasing this brand new flyer, so that you too can help put an end to shaving, once and for all.

*How many of these women have gone home with a bearded man, but are too afraid to admit that fact to a shorn "scientist"**?,

**Social Scientist, so not really. Thanks to Dr. Carl for pointing this out.
Whoa there my bearded friend. There's more pogonotrophy where this came from