[Permalink] Sep 19, 2011, 1:48:00 PM
As everyone should know by this point, September 19th is International Talk Like a Pirate Day. What does that have to do with Sweet Beards you may ask? You may. However, clearly, you won't, since pirates are known the world over for their beards. Ever hear of Blackshave? Of course you haven't. If such a pirate ever existed it would have to be in some alternate bizzaroesque oppositeville universe where pirates give booty to the rich, and ask politely for "just milk please" at social gatherings. My point is this: Somalian pirates are posers.

Check out these fine specimens. 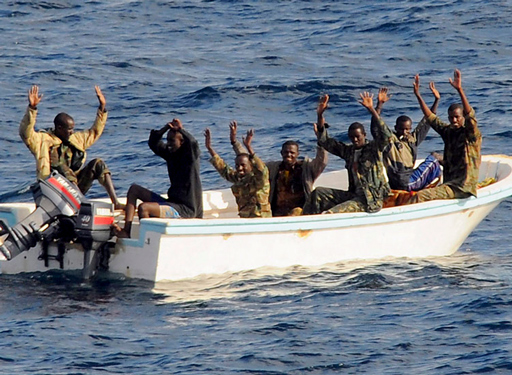 See any beards? Nope. See any hands in the air surrendering the good ship Lame Miss Dumpypants? Check. Real pirates have awesome ships, they don't surrender, they talk like pirates(which I can only imagine these guys aren't doing based on their silly facial expressions), and most importantly: they have beards. So this TLAPD, do yourself and the rest of the world a favor: talk like a pirate, and show those fakers what one really sounds like.

Photo Source: http://www.boston.com/bigpicture/2009/03/pirates_of_somalia.html
Whoa there my bearded friend. There's more pogonotrophy where this came from